Well, sorry to disappoint you if you thought from the title that this is going to be a list of night time venues. It is not! And there are plenty of guide books on the market for that, plus it changes a lot.

Georgetown has some of the best food on earth (one of my friends will argue it is the best on earth!!) and there are plenty of blogs and web sites about it.

I personally love to walk around Georgetown at night (in addition to eating and drinking out). The UNESCO world heritage town provides many hidden gems to be discovered at night time and here are just some of my places I like visiting during an easy night time walk in Penang. The night market, on the other end of the island is just way too touristy for my taste. 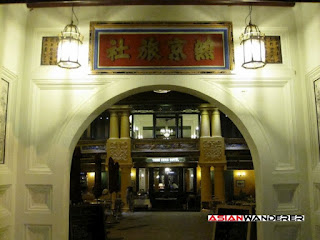 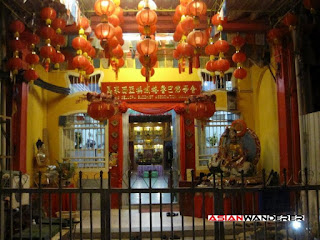 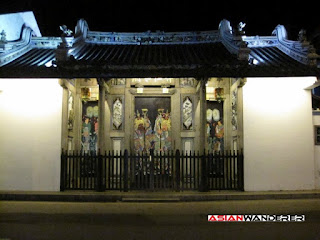 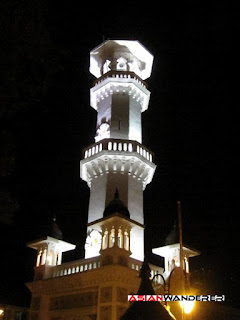 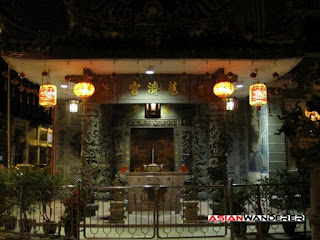 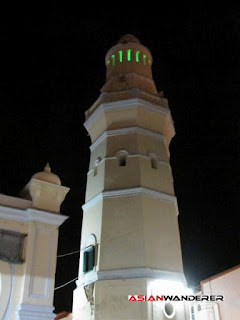 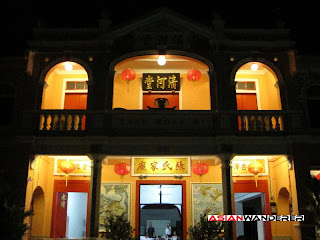 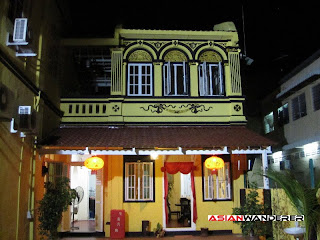 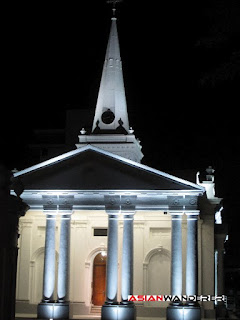 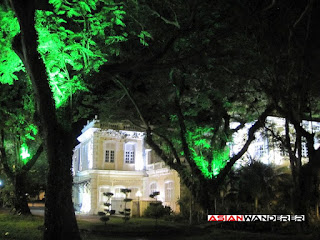 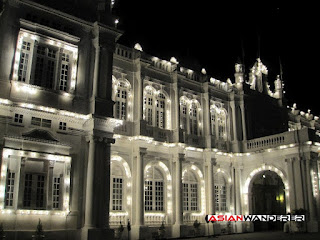 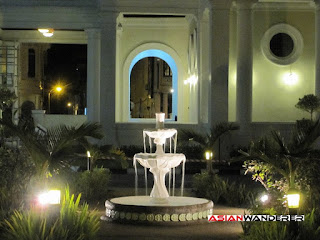 Posted by Asian Wanderer at 8:38 AM No comments:

Kedah state is the real Malaysia!

Not congested and torn between tradition and modernity, like K.L.
Not artificially created on a drawing board like Putrajaya. And not a living museum and protected by UNESCO, like Georgetown, Penang.

Kedah was one of the best experiences we ever had. Meeting an awesome Malaysian family who spent the day with us, showing us a wide variety of what they call home.

Small villages, tiny mosques and endless green rice fields led us to the archaeological site of Lembah Bujang, a Hindu/Buddhist site dating back to the 4th century A.D.

The candis (temples) are spread out over a picturesque hill site. Several of the temples are covered to protect the findings. I never expected a site like this here in rural NW Malaysia but it proves how highly developed the early Kingdoms of the Malay Peninsula and Indonesian Archipelago were.

The Museum of Lembah Bujang is a must to visit, as it shows several of the items which were found here, though most of the signs are in Malay language.

The padang, the old town square is the central point around which a number of these buildings are located. The Menara, the huge Telekom tower, looks a bit out of place amongst all these historic buildings though.

The Balai Besar, the big hall, is opposite of the Zahir Mosque and is said to be one of the finest examples of malay architecture. It is the building where the sultan officially met visitors and is located right in front of the sultan palace. The palace was an impressive museum where royal paraphernalia and modern Malaysia art are on display. No photography inside though.

Surprisingly there is also a Thai temple here in Alor Setar, so we also paid a brief visit to the temple's prayer hall. No monks in sight, but instead we met an interesting guy from Germany who was traveling around Malaysia and other countries on his bicycle.

Spending the day with our friends from Kedah was a special treat and something we would never have experienced without them. Specially since some of the guide books mention Alor Setar only as a transit point to Thailand. Naturally we are looking forward to go back there and discover more of this beautiful area.

Whats in a name?

Initially the "MY" in MySightsNPlaces was supposed to stand for Malaysia's country abbreviation. I wanted to capture my impressions of this great country and it's wonderful people but realized that I had been continuously to Thailand for 12 years and several times in Laos, Cambodia, Indonesia and Singapore.

So this blog will capture impressions from all these countries and more. I keep going back to the same great places and continuously discovering new places and new friends.

Just setting this up to kick off the next Thailand visit and in the mean time sharing some impressions from other places while they are still fresh in my memory.

(the beach where I am sitting here is in Bali by the way)
Posted by Asian Wanderer at 8:15 AM No comments:

Asian Wanderer
Exploring the world and it's different cultures. Mainly traveling to SE Asia nowadays, including Thailand, Cambodia, Laos, Malaysia, Myanmar and Indonesia (Bali and Java). BayonSmiles blog focussing on Cambodia, Angkor and Khmer temples. Our journeys to the Mekong have their own blog now and MySightsNPlaces is a more broader blog on our Asian experiences. Chimburi blog will give you the insights of Thai temples and focus on Buddhist subjects. All content and images are copyrighted material.